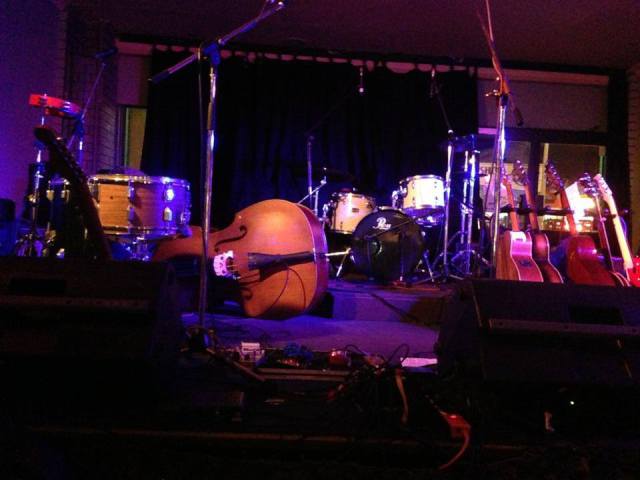 As the first leg of our tour to launch An Ear To The Earth now nears it’s end and we begin preparing for our visit to the southern states of the East Coast I figured it was time for a short update. We’ve travelled a few thousand kilometres – playing shows from Sydney to Brisbane sharing the stage with Steve Kilbey and Martin Kennedy, Zach Miller, Talltails, Jep and Dep and labelmates Bambino Koresh. Tomorrow night (July 7) will see us play our last show for at least a couple of months at Lizottes on the Central Coast with Sydney troubadour Cam MacKellar. Whilst we take a touring break guitarist/producer Jamie Hutchings will continue mixing his brand new solo album (I’ve heard about half of it and you’re in for a guitar-noise/kraut rock/avant-garde treat) and double bassist Reuben Wills heads off overseas with his wife, pianist Sophie Hutchings, for her first tour of Japan.

During the tour we stopped in for a few radio chats at BayFM, 4ZZZ and FBi some of these interviews can now be streamed online – including a couple of songs live in the studio at FBi.

Chat and Live Performance at FBi : In The Pines

Along with interviews in Brisbane’s Time Off and Sydney’s Drum Media:

TIME OFF “His 2010 solo debut The Waiting Room earned serious plaudits, and after a lengthy gestation period his new follow-up, An Ear To The Earth, has already proved a more-than-worthy successor. Possessing a vastly different tone to it’s predecessor, the album’s folk-tinged indie stylings are characterised by watertight songwriting, deft imagery and imaginative arrangements, and it has a far coarser feel overall than his previous fare” Steve Bell

DRUM MEDIA “Stepping way out of his comfort zone, singer-songwriter Mark Moldre delivers an album Nick Cave would be proud of” Michael Smith

Yesterday, An Ear To The Earth featured in The Sydney Morning Herald as CD Of The Week with a positive review from Bernard Zuel:

“This is music to drink to. Not to get drunk to, but to have on while you’re gabbing with your mates, while you’re sitting watching your kids play in the shallows and maybe even while knitting in the lodge. There’s a loose, almost ramshackle element to it, as if you’ve popped around the back to find a pick-up band rattling through some old country/folk/blues numbers for fun. Imagine a less garrulous and noisy Tom Waits (for example the New orleans brass and clarinet in Everything I Need Is Here) a late-night Ryan Adams (the droopy eyed Dreamtime Blues) and a kind of Sydney Willie Nelson (I Don’t Know What’s Become Of Her) and you’ll have a sense of the relaxed but never actually soft atmosphere here.”

And finally I also had the pleasure of meeting Byron Bay artist Yazz Ward of Sherfay Art and we talked about the upcoming tour – and she drew the portrait below. You can read the interview here. 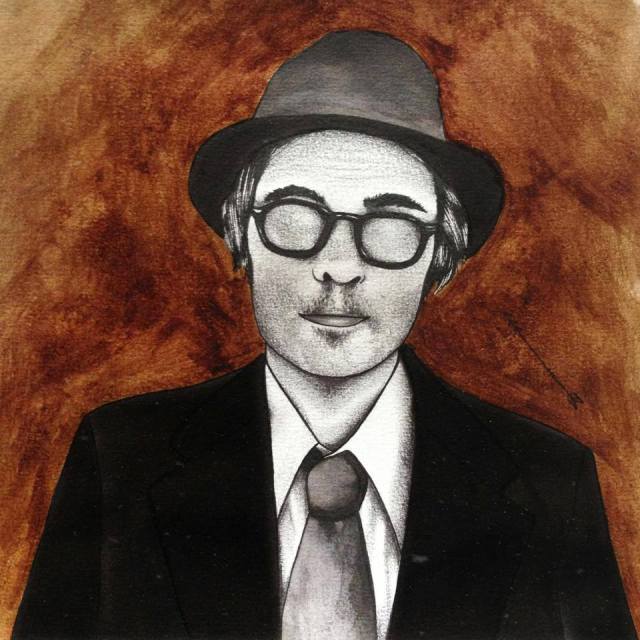