It’s certainly been a while since my last post – here’s a quick round up of all the news.

The countdown is now on for our shows at The National Folk Festival in the heart of the A.C.T. I’ll be taking the complete band line up with me – we’ll be playing 4 shows across the dates of Thursday April 2nd – Monday April 6th. You can check out the program at the National Folk Festival’s HQ right HERE. We’re also very happy to be joined by special guest drummer (and all round instrumentalist) Michael Carpenter who will be filling in for our regular time keeper Scott Hutchings. We’re looking forward to playing alongside loads of Australian and International acts like Mustered Courage, All Our Exes Live In Texas, Kim Richey, My Friend The Chocolate Cake, Shane Howard and bucketloads more.

AN EAR TO THE EARTH REVIEWED STATESIDE

An Ear To The Earth meets Ear To The Ground (US Music Blog) – obviously that meeting was destiny. It warms the cockles of this old heart to see that even after all this time, An Ear To The Earth is still reaching people – as far as Pennsylvania. Thanks to the folks there for writing such an in depth review.

“Not since I first heard Pokey Lafarge have I been so impressed with an artist’s ability to capture a bygone era. A bit of the 1930s in sonic form, Mark Moldre‘s old soul transports listeners back to the Great Depression’s saddest of speakeasies. It’s quintessential American and straight from Australia. It’s freshly old. It’s minimalistic and full band. This album of contradictions is just what your sophisticated music palate has been dying to hear.”

Read the review in full HERE

And even though An Ear To The Earth came out in 2013 – I’ll happily accept coming in at No. 13 on this list alongside Ryan Adams, Kasey Chambers, The Autumn Defense, Sturgill Simpson and more. 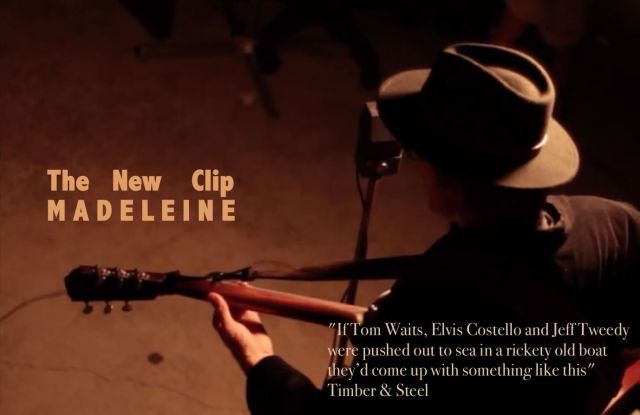 Our latest video creation also received a round of positive reviews including these few listed below:

“Somewhere around the alt.country or acoustica pigeonholes would be the easy option to place Mark Moldre. But his Ear To The Earth album took some tangents from those bases. Madeleine (Laughing Outlaw) celebrates one of those default impossibly cool blondes from old Hitchcock movies – in this case, Kim Novak in Vertigo – with a hushed, almost near jazzy, approach that really deserves a wider audience” TheMusic.Com.Au

“Sydney singer-songwriter Mark Moldre has had a prolific year when it comes to producing new music videos. His latest, “Madeleine”, is the eighth to be taken from his album An Ear To The Earth and is one of the smoothest to date” Timber And Steel

Have you seen the clip yet? Check it out below

SPEED DATE WITH THE BRAG

As the National Folk Festival dates are creeping closer I had a chat with The Brag. You can check it out HERE.

LIZOTTES
I’m sad to say that I’ll be playing my last ever show at Lizottes, Kincumber on Wednesday 15th April. I’ve played so many shows on that stage that it feels like my own lounge room – owner Brian Lizotte has hand picked a final ‘Live And Local’ line up to say farewell as Lizottes closes it’s doors for good – which includes a who’s who of Central Coast acts that have graced the cubby house stage more times than they care to count. We’ll be playing a few songs each. You can book by calling (02) 4368 2017.
Remember if you’d like to keep up with all the latest news as it happens head on over and like our Facebook Page or follow the goings on at Instagram @markmoldre including news about a brand new product from France – a Mark Moldre Pen Knife (otherwise known as an Opinel) – don’t believe us? Check it out HERE